SI in MDPI Sensors on Security in Wireless Communications
SI in Springer WCN Journal on Green Computing in IoT
SI in Journal of Sensors on Smart Sensor Networks
SI in Hindawi, WCMC Journal on Edge and Fog Computing

SI in Wiley ETTT Journal on Internet of Connected Vehicles

SI in MDPI Applied Sciences on Soft Computing and Applications 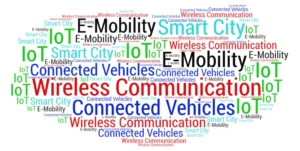 Unmanned aerial vehicles (UAVs), often referred to as drones, have been the subject of focus in industry and academia. This is partly due to their potential to be deployed in a broad range of applications from civilians including parcel delivery, firefighting, traffic monitoring, in agriculture and military. Here, we use the UAV surveillance system as an example in the below Figure. In the system, after a drone has received the control signal from the user, it collects and sends data of interest (e.g., video, photo, or other sensing data) to the closest ground control station (GCS). Then the GCS connects to the surveillance center (SC) through the private network. Finally, SC utilizes the data from GC to analyze the behavior of interest. Flying ad-hoc networks enable vast of IoT services while maintaining communication among the ground systems and flying drones. The domain research is focusing on flying networks assisted data-centric IoT applications while integrating the benefits and services of aerial objects such as unmanned aerial vehicles and drones. Considering the growing market significance of drone centric flying networks, quality of service provisioning is one of the most leading research themes in flying ad-hoc networks. 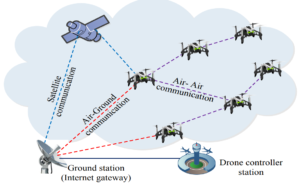 E-Mobility is one of the key solutions towards improving air quality by eliminating air pollution caused by transportation. The recent advances in connected vehicles has the potential towards enabling a successful E-Mobility ecosystem. However, the market penetration of E-Mobility has been slower than expected due to the various issues ranging from driving range centric anxiety to the absence of reliability and economic saving centric awareness of Electric Vehicles (EV). In smart grids, the application of electric vehicles (EVs) has been recognized as a significant transportation option to reduce CO2 emissions. However, due to the limited battery capacity and long trip distance in urban cities, EVs on the move are more likely to run out of energy and thus need to recharge batteries during their journeys. How to manage the charging processes to improve EV drivers’ comfort is vital to the success and long-term viability of the EV industry. Below figures are some of our E-Mobility related research outputs. 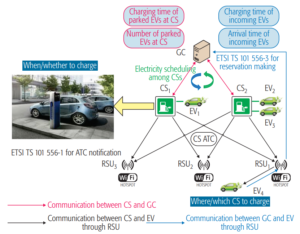 The Internet of Things (IoT) is revolutionizing and extending existing fundamental research areas into new dimensions by integrating the concept of intelligence or smartness. The new domains, including intelligent transportation systems, smart cities, smart homes, smart industries, autonomous vehicle, smart healthcare are but a few examples of this revolution. Some other prominent IoT application domains include automated security devices such as alarms and surveillance systems, automated grids used in industrial metering, vehicular telematics as support for navigation and fleet management, remote maintenance as in vending machine control and industrial automation, and manufacturing control as in production chain monitoring. The integration of IoT in almost every aspect of human lives is due to the focus of inventions towards a greener and smarter world for sustainability reasons. IoT use case implementations are increasing day by day. In 2003, 500 million devices were connected to Internet, while the population of the world was 6.3 billion. It is predicted that the number of connected devices will be approximately 50 billion by 2022, which is equivalent to four times the world’s population. This estimated steep growth shows both the exponential expansion rate of IoT in the world and our dependence on IoT enabled devices. 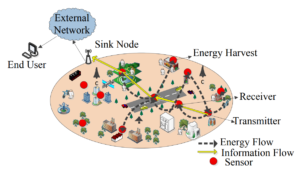 A global network of wireless access technology enabled vehicles involving the Internet and other heterogeneous networks is proposed as Internet of connected Vehicles (IoV). The heterogeneous network architecture of IoV includes five types of vehicular communications. The types include Vehicle-to-Vehicle (V2V), Vehicle-to-Roadside unit (V2R), Vehicle-to-Infrastructure (V2I) of mobile networks, Vehicle-to-Personal devices (V2P) and Vehicle-toSensors (V2S) (see Fig. 4). Each vehicular communication of IoV is enabled using a different wireless access technology (WAT). The WAT include IEEE WAVE for V2V and V2R, Wi-Fi and 4G/LTE for V2I, CarPaly/NCF for V2P and MOST/Wi-Fi for V2S. The communication architecture not only includes vehicles and RSUs, but also other communication devices. The inclusion of a range of devices makes the architecture more complex but market-oriented as compared to VANETs. The heterogeneous vehicular network framework of IoV has significant potential to guide and supervise vehicles. It has the ability to provide reliable communication platform for abundant mobile Internet and multimedia related applications. An example of the framework is presented in below Figure with heterogeneous network coordination and related services. 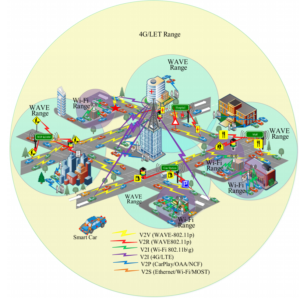 Wireless systems enabled cyberworld and the physical world were considered two different entities in the past decade. However, researchers have found that these two entities are closely correlated with each other after the integration of sensors/actuators in cybersystems. Cybersystems became responsive to the physical world by enabling real-time control emanating from conventional embedded systems, thus emerging a new research paradigm named Cyber-Physical System (CPS). Therefore, we investigated the major challenges in the integration of the cyber world with the physical world and its smart applications in society. The CPS is an ever-evolving technology where the current wireless systems are moving towards handling the challenges of next-generation wireless systems including 6G, Body Area Networking, Underwater Networking, etc. Following figure represents our recent work on Simultaneous Wireless Information and Power Transfer (SWIPT), which is a next-generation wireless system. 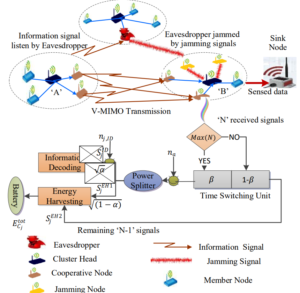